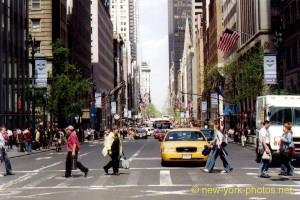 About a lifetime ago, in our loft in Brooklyn, my wife and I watched the light streaming in through the big old factory-building windows and saw, floating in the warm slanting beams, a million dust particles bouncing and floating. « Am I wrong, or didn’t we just finish cleaning the whole loft ? » I said. « Dust IS », she said, which I though was kind of brilliant. « Yeah, dust IS », like an element, a part of creation you can’t edit out no matter what you do. It is just there. Racism is just like that. Why bother saying anything more about it, and, especially, why should a white man say anything ? No matter what a white man says is bound to be wrong. That also « IS ». And yet, this topic keeps coming up and keeps needing to be addressed one way or the other, with essays and editorials and/or with looting, rubber bullets, and tear gas. « Why can’t a woman be more like a man ? » declared Henry Higgins in My Fair Lady . And the white man says, « Why can’t a black man be more like a white man ? » Things would go a lot easier for everyone if that were the case. That’s what we think anyway, most of us, if I can stick my neck out a bit. Affirmative action, scholarships, a helping hand ; they all were well intentioned ways of giving black people a way into the white world where we would all be more happy. But they, generally speaking, were not having any of that ; not much anyway. It reminds me of that naïve idea we had that if we would just give those Iraqis the ability to vote and maybe a few credit cards they would, lickety split, be transformed into happy, prosperous, law-abiding Republicans and Democrats. I went to boarding school for the high school years. I went back to the 25 th reunion, already a long time ago. When we were in school in the early sixties there were maybe three African American students. Twenty five years later I was standing next to a long-time professor watching the classes of years past parade across the athletic field and saw no color anywhere except for the American flag. And I asked him about that. « How is that possible », I asked, « after all that has happened ? » And he said, « We can’t get them. They don’t want to come and when they do they don’t stay long. They drop out ». And now we are getting into the nitty gritty because many of them say, in one way or another, « Fuck you whitey ». Simple as that. Racism IS. I have lived all over the world and everywhere it is the same ; the whiter you are the better it is for you. Nobody wants to be darker. Everybody wants to be lighter in skin color. That is a mysterious fact. And the African group is at the bottom of the barrel, maybe because they are the blackest. A well-traveled white person can appreciate that black is beautiful. I haven’t noticed that black people accept that easily. There are a lot of other things I could say, stories I could tell connected with this topic, but to what end ? What I read on this issue from white men always is self-serving in one way or another, or, in my case, also angry in one way or another. It is too much to take on and futile too. Racism IS. The best I can do is to keep ungenerous thoughts moving through and out of my mind, accepting that they are there, but not attaching to them or acting on them. In an essay titled « The Heart of Whiteness » from the New Yorker of August 15 th , 2014, Tobias Wolff said, « A friend of mine once compared the presence of a lie in a piece of writing to a drop of dye in pure water. However slightly, it will tint the water, and the water cannot be made pure again, because the dye has become part of it. I wonder if something like that happens to us. When the first sneering name, the first joke, the first slanderous myth or image of another race – or tribe, or religion, or sexual identity – enters our ears, can we ever wholly cleanse ourselves of its effect ? ».